The Military in Our Region

In South-Western Ontario, the Canadian military consists of Her Majesty’s Canadian Ship Prevost, Royal Canadian Navy, and 31 Canadian Brigade Group (31 CBG), a Formation within the 4th Canadian Division of the Canadian Army. Both are Primary Reserve components of the Canadian Armed Forces. They are manned by Reservists but also have regular navy and army personnel embedded in the units.

HMCS Prevost is located at the fork in the Thames River in central London. The Headquarters of 31 CBG is in Wolseley Barracks in London. This infantry focused Brigade has 12 units spread across an area that covers an area bounded by Windsor, Owen Sound and Hamilton. Within the four counties of the GCC, the units are Headquarters 31 CBG; 1st Hussars (armour); 4th Battalion, The Royal Canadian Regiment (infantry); 31 Combat Engineer Regiment (The Elgins); 31 Service Battalion (logistical and technical support); and 31 Military Police. The 1st Hussars have a sub-unit (Squadron) in Sarnia, 4 RCR a sub-unit (Company) in Stratford, 31 CER a Squadron in Waterloo and 31 Svc Bn have a Company each in Windsor and Hamilton. 31 Signal Regiment, based in Hamilton, has a Detachment in London.

In the Region and nearby, there are Navy, Army and Air Cadet organisations in many localities and nine military museums (The 1st Hussars Museum, The RCR Museum, the Secrets of Radar Museum, the Jet Aircraft Museum, The Elgin Military Museum, Project Ojibwa, 31 Service Battalion Museum, the Canadian Warplane Heritage Museum and HMCS Haida). There are also civilian organisations that concern themselves with Canadian military affairs – the Royal Canadian Legion, the Royal London Military Institute and 427 (London) Wing, Royal Canadian Air Force Association. The Canadian Armed Forces maintains a Recruiting Depot and a Military Family Resource Centre in London.

The map below shows the unit locations. Museum locations are shown on the Museum Tab on this site. 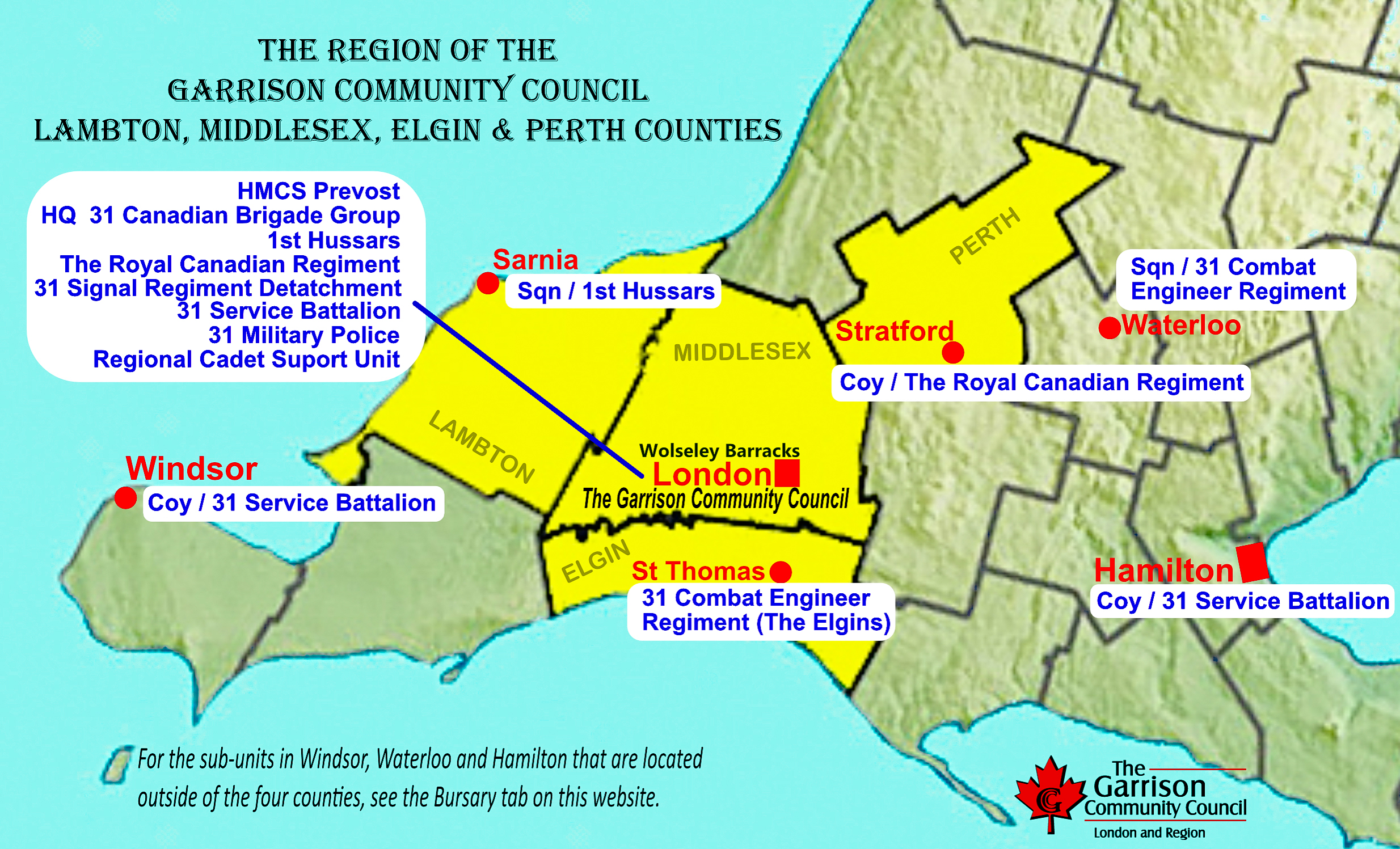 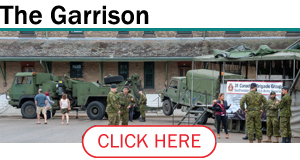